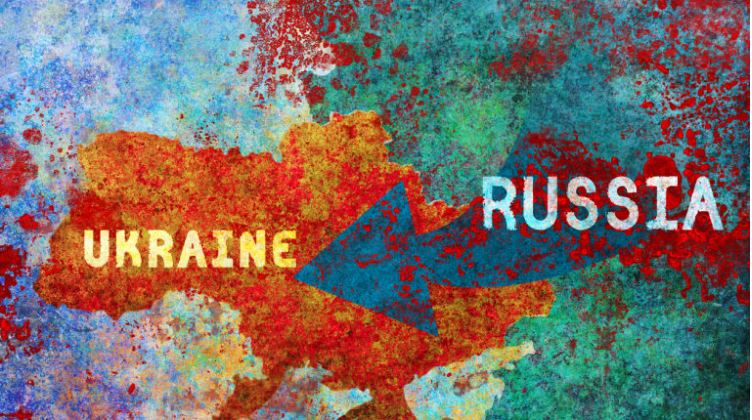 Managers will need to continue to help their employees navigate these uncertain times and offer support to them.

"As a manager, I can do little to nothing to stop the war, but I have [the] means to help my workers feel better during this crisis," said Emma Gordon, the founder of USSalvageYards in Los Angeles, which purchases damaged and wrecked vehicles. "Employers and managers can make a huge difference."

Here are four ways managers can support their employees during this time of crisis and uncertainty.

Employees don't always recognize the signs of stress, so Gordon invited a licensed psychologist to teach her staff how to identify symptoms of discomfort and distress in themselves and their co-workers. This helps employees speak up and get counseling when they need help, she said.

At Step by Step Business, an Austin-based company that provides resources to aspiring entrepreneurs, employees are invited to a weekly meeting to express their opinions and frustrations about anything and everything that's going on, said co-founder Esther Strauss.

"Everyone feels overwhelmed by everything happening all at once," she said. "Everyone thought with the pandemic winding down that the stress would go away, but now there are new things to worry about, particularly the war. There's a certain level of fear over where that situation might go."

Strauss has noticed that at the end of these voluntary meetings, those who participated seem more relaxed and conversations around the office go back to normal business topics.

Many employees might be worried about returning to the office—not because of COVID-19 but due to rising commuting costs from soaring gas prices.

iPaydayLoans in Kirkland, Wash., decided to address these concerns by offering its 30 staff members a stipend they can use on ride-hailing services and cabs to and from the office. To keep the cost to the company reasonable, iPaydayLoans, which offers short-term loans, set up a pairing system so those who live near each other or are heading in the same direction can ride together, said co-founder and team manager Mila Garcia.

"Our staff seem significantly less frustrated about their daily commutes when they come into work each morning," she said.

Employees at OSP International LLC, a Tucson, Ariz.-based firm that prepares project managers for the Project Management Professional certification exam, are being offered a four-day workweek to help with commuting costs, relieve stress and give employees time to work a side hustle, if they choose to, said President Cornelius Fichtner.

Anyone who has been employed longer than six months and who can convincingly do at least 90 percent of their work in four days can take advantage of the option, he said. So far, four of the 13 employees are working four days a week.

"They get the same pay, do the same work and get a free day to take care of themselves," he said.

In a global marketplace, it's not unusual for companies to employ people from other countries, including Ukraine and Russia. OSP International employs three full-time workers and three freelancers from Ukraine.

"We offered them PTO and advance pay options to help them in these difficult times," Fichtner said.

Meanwhile, OSP's U.S. employees are worried about their Ukrainian colleagues. "The main stressor has been not knowing what's happening," Fichtner said.

The U.S. team has been trying to stay in touch with the Ukrainian team as much as possible, and Fichtner has also encouraged the U.S. employees to share their feelings.

"We created a safe environment for people to share anger and grief without their feelings being labeled as undesirable," he said.

Do something proactive to support Ukraine

At Dacha Beer Garden in Washington, D.C., one of the managers and three employees are originally from Ukraine, and the owner, Dmitri Chekaldin, is originally from Russia.

"Initially, we spent a lot of time talking about [the war]," he said.

The three Ukrainian employees were told to take as much time off work as they needed, but Chekaldin said it became evident that the Ukrainian employees and their colleagues wanted to focus their energy on actually doing something to support Ukraine. The staff decided to raise money for relief organizations helping Ukrainians, he said.

Dacha Beer Garden has raised more than $30,000, which it donated to UNICEF and several local Ukrainian relief organizations, Chekaldin said. The staff raised the money by selling bracelets that allow the customers wearing them to receive happy hour prices at Dacha regardless of the time of day, he said. "The minimum donation was $20 a bracelet, but many people gave more," he said. Weihenstephaner, the Bavarian brewery that supplies much of Dacha's beer, agreed to match customer donations.

The fundraiser, which will continue until the war ends, helped raise the spirits of employees and customers, Chekaldin said. "It boosted employee morale because they felt like they were able to do something," he said.

8 Lessons We Can Learn From the COVID-19 Pandemic

The pandemic upended our lives. Is there anything we can learn from the experience?

Should You Quit During the Great Resignation?

Ask Yourself These 10 Questions

The future of recruiting. What do job seekers want?

Your recruiting practices could be driving candidates away.