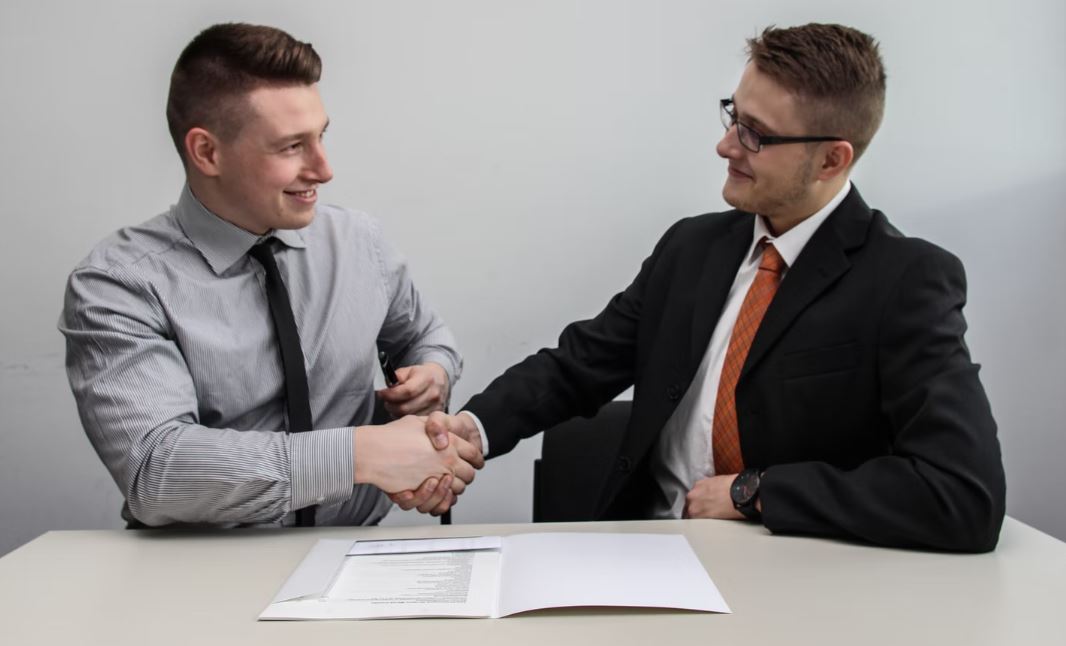 Imagine finding the candidate of your dreams—great skills, deep experience and a terrific cultural fit. You’ve spent weeks getting to know them, talking to references and bringing them in for interviews and conversations. You’re certain this is the right person for your team. But they turn you down. Why? They say their recruiting experience was bad—poor enough that they no longer want to work for you. It’s more common than you may think: Nearly half (49%) of job seekers working in in-demand fields like technology say they’ve turned down an offer because of a bad experience during the hiring process.

Imagine finding the candidate of your dreams—great skills, deep experience and a terrific cultural fit. You’ve spent weeks getting to know them, talking to references and bringing them in for interviews and conversations. You’re certain this is the right person for your team. But they turn you down. Why? They say their recruiting experience was bad—poor enough that they no longer want to work for you. It’s more common than you may think: Nearly half (49%) of job seekers working in in-demand fields like technology say they’ve turned down an offer because of a bad experience during the hiring process.

Six actions you can take now

1. Showcase the rewards people want most (and are willing to trade salary for)

Salary and benefits almost always come first for job seekers. But three key aspects of workplace culture have become so desirable among candidates that they’re willing to trade part of their salary to get some of them: opportunities for training and development, inclusion and personal flexibility in when and where they work.

Job seekers are willing to trade an average of 11.7% of their salary for training and flexibility—and that figure rises to 12.4% among those who work in in-demand fields like technology.

Candidates’ willingness to trade salary shows that they don’t just see these rewards as a nice-to-have. They’re differentiators: factors that separate one job offer from another. And in an ultra-competitive job market, it’s not enough for a company to simply offer them. Recruiters must be able to quantify and communicate them as part of their value proposition. Adopt a sales mindset around these rewards. Understand their value to candidates and showcase them as part of your offer package.

2. Give candidates a way to experience your culture firsthand

The desire for upskilling, inclusion and flexibility speak to the value of workplace culture to job seekers. Candidates want more than a job; they want an employee experience that provides a sense of purpose and pride in their work and in their organization. Culture is so meaningful that 33% of C-suite-level candidates said they’d take a pay cut to work for a mission-driven company that aligns with their ideals.

The challenge for recruiters? Communicating a clear and accurate sense of your culture to outsiders. Simply telling them about it isn’t enough.

Help job seekers actually experience your culture firsthand. Hold social events or networking opportunities for prospective candidates. Provide job shadowing opportunities or open houses so people get a feel for what it’s like to work there. Almost two-thirds of job seekers (63%) said they were more likely to apply for a role with a company if they had the opportunity to attend a social event to network with potential colleagues and learn about the organization.

Demonstrate your culture in the marketplace, too, such as by sponsoring events or performing community services that showcase your company values. For instance, if your organization champions inclusion, help sponsor a diversity event. Show people what your company values and demonstrate that you’re actively committed to them.

3. If you want candidates’ social media data, ask for it

Recruiters want and need to understand as much about a candidate as possible, so checking out their social media accounts is something they’re increasingly interested in. But most candidates said they’re reluctant to simply hand over their social media data to potential employers—that is, unless the conditions are right.

Gain job seekers’ trust through transparency: 78% said they expect the recruiting process to be clear on how personal data is used. So, consider explicitly stating in your job application that you’d like to access candidates' social media accounts. Explain why you’d like that information, how you plan to use it and how it will be protected. Show candidates how sharing their personal details can benefit them.

Make sure you’re clear on how you’re protecting their information: 77% of candidates said they wouldn’t apply for a job if they felt their privacy and information wasn’t protected.

4. Use tech to streamline, but keep human interaction at the center

Candidates expect a seamless digital experience when applying for a job. Most, however, see that as table stakes—something that should be a given, rather than a differentiator that makes them want to come work for your company. What makes a stronger impression are the human interactions they have along the way.

Candidates want positive, direct human interaction throughout the recruiting process, whether that’s in person, over the phone or via email. That desire intensifies as they advance through the interviewing stage. Two-thirds of candidates said personalized initial outreach makes them more likely to apply for a position. And when negotiating job packages or accepting formal offers, people said they far prefer in-person meetings or phone calls to automated technologies like chatbots.

To be clear: technology does and should play an essential role in recruiting. But aim for the human side of it. When it comes to hearing from a recruiter, for instance, job seekers said they prefer emails or phone calls to chatbots or robocalls (i.e., technologies that have real people responding on the other end).

When choosing tech, do it with the candidates’ experience in mind. Recruiting technology is usually designed and chosen for the enterprise, not the candidate. So, choose tech that streamlines routine tasks or makes the hiring process easier for job applicants: 44% of candidates said they’re open to using automation and technology options for routine touchpoints and to get information during the recruiting process. And 65% of candidates said they would like organizations to have an application dashboard so they can see where they are in the process.

Look for a balance between technology and human interaction. At PwC, for instance, we’ve started using video interviews in some instances to create a more flexible process for candidates. But we also communicate actively and frequently with our candidates an encourage in-person experiences, such as inviting them for in-person interviews during the final stages of the process or suggesting they visit one of our offices for face-to-face interactions and to see what it’s like to work there.

Another place for recruiting tech: Interactive technology that simulates the job experience or office environment is also an effective recruiting strategy. In other words, help job seekers get a better sense of what working at your organization would be like. Think: virtual reality that simulates the job experience or office environment. It's an investment that could really pay off. Consider this: 65% of candidates say they’re more likely to consider taking a role if they had a chance to experience the actual job through technology. Virtual reality is particularly intriguing to 64% of in-demand workers, while 55% said they’re interested in gamified, interactive interviews.

5. Recognize how a slow process and a failure to communicate hurt your chances of attracting talent

Ask any job seeker if they’ve had a bad recruiting experience at some point and the answer is almost guaranteed to be “yes.” A whopping 92% of candidates say they’ve experienced poor recruiting practices at some point in their career. Two frustrating behaviors in particular stand out:

Delivering a poor recruiting experience does far more damage than simply give one candidate a negative impression of your company. It can cause lasting reputational harm and even hurt your chances of hiring the workers who are hardest to find. Forty-nine percent of candidates working in high-demand sectors like technology, banking and energy said they’re more likely to turn down a job if they have a poor recruiting experience. And it doesn’t stop there: chances are, they’re also going to talk about their experience on employer-rating sites and social media, extending that ripple effect.

Give every candidate a great experience, even those who aren’t offered a position. Communicate frequently at all stages of the hiring process. Let them know when they’re no longer in the running: 39% of candidates said that if they’re turned down during the interview process, they want to hear from someone they interviewed with. And 78% said they’d like an explanation and some feedback if they’re turned down after interviewing.

It’s worth your time. Even if you choose not to hire someone, you still want to give them a good impression of your organization to help preserve a positive reputation among job seekers.

Meanwhile, work to address the frustration factor of a lengthy process. Sixty percent of candidates said the hiring process should take less than a month from the time they submit an application. While a four-week timeline is unrealistic for many businesses, you can likely accelerate some administrative parts of the process through automations or artificial intelligence. Whenever possible, give candidates a clear timeline and a way to check the status of their application.

A big name is only going to get you so far. Yes, companies with a well-known customer brand have a clear advantage when it comes to getting a candidate’s attention. Only about a third of employees (33%) said they’re willing to apply for a position with a business they've never heard of. But the majority of job seekers—especially in-demand employees working in technology, media and communications—agree that a company’s reputation as an employer and what the business stands for is more important.

That’s good news for small brands jockeying for talent with big-name competitors: you can gain an edge by cultivating and promoting a strong, positive reputation. It’s also a call to action for bigger brands, a reminder that you can’t rely on name alone to attract talent.

Get a complete and up-to-date picture of your organization’s reputation in the marketplace, and monitor it constantly. What are previous and current employees saying online about what it’s like to work there? What do they say about your culture—especially about factors that matter most to job seekers, like training, flexibility and inclusion? Are there notable differences in perception among demographic groups, such as women compared with men or older versus younger workers? Work with leadership to analyze this data and develop strategies to enhance positive perceptions (or combat negative ones).

8 Lessons We Can Learn From the COVID-19 Pandemic

The pandemic upended our lives. Is there anything we can learn from the experience?

Should You Quit During the Great Resignation?

Ask Yourself These 10 Questions

As society begins to recover from a two-year pandemic, employees are now facing new turmoil as Rus..