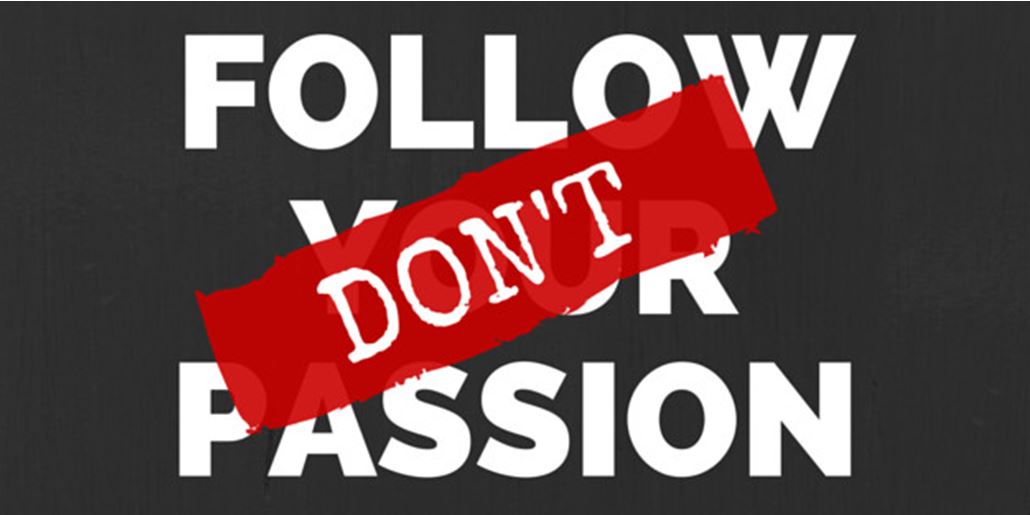 Mark Cuban grew up working class in Pittsburgh. His father installed upholstery in cars and his mom worked a myriad of odd jobs. Today, Cuban is worth more than $3 billion, owns the Dallas Mavericks and is a star on ABC's hit reality television show, "Shark Tank."

He chased any number of random side-hustles on his way to the top, including selling baseball cards, stamps and coins. One thing Cuban did not do? Follow his passion.

Cuban says that's bad advice because you may not excel at what you are passionate about.

"I used to be passionate to be a baseball player. Then I realized I had a 70-mile-per-hour fastball," says Cuban. Competitive major league pitchers throw fastballs in the range of 90-plus miles per hour.

"I used to be passionate about being a professional basketball player. Then I realized I had a 7-inch vertical," says Cuban. Top contenders for the NBA draft in 2017 each had a max vertical leap over 40 inches.

"There are a lot of things I am passionate about. A lot," says Cuban.

Instead, pay attention to those things that you devote time to, says Cuban. Double down your investment there.

"The things I ended up being really good at were the things I found myself putting effort into. A lot of people talk about passion, but that's really not what you need to focus on. You really need to evaluate and say, 'Okay, where am I putting in my time?'" says Cuban.

When you are good at something, you enjoy it, says Cuban. The effort and skill snowball.

"If you put in enough time, and you get really good, I will give you a little secret: Nobody quits anything they are good at because it is fun to be good. It is fun to be one of the best," says Cuban.

"But in order to be one of the best, you have to put in effort. So don't follow your passions, follow your effort," says Cuban.

"I am going to give you one other secret: The one thing in life that you can control is your effort," says Cuban.

The billionaire is not alone in his advice.

"There are so many things that can captivate you that don't have to do with your passions," he tells CNBC Make It.

And often, hearing the advice "follow your passion" translates into following your hobby. "I love kitesurfing, so I'm going to go start a kitesurfing business," Chapin says as an example. "The reality is you probably ruined your hobby because now you turned your passion into your job."

Instead, Chapin recommends identifying a simple problem you have a personal advantage at solving. Start small, solve that problem. Repeat.

"Find things where you can get successes quickly," says Chapin. "Don't tackle world peace. Figure out how to get food to the homeless person on the street down the corner. Start local and very small."

How to Connect with Candidates? Show Them You Care

Candidates who have a positive experience with your recruiting firm are more likely to do business..

What Is Forced Arbitration? Here’s What to Know if You’re Asked to Sign One

You may have heard forced arbitration mentioned in the news in recent months and years. That’s not..