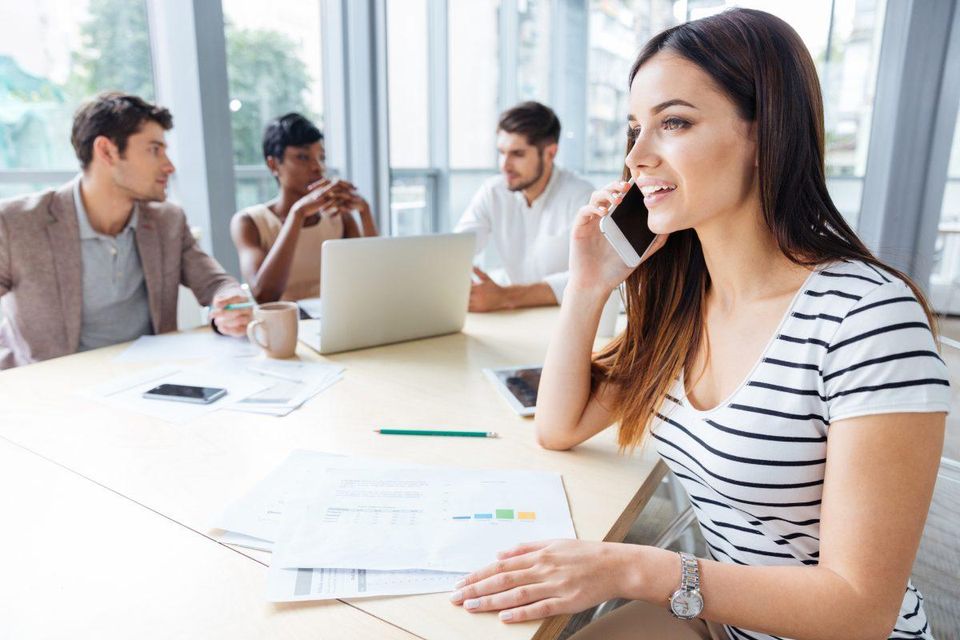 In a nation as divided as ours, it is difficult to find a topic that most people agree on -- but concern regarding our (over)use of cellphones is one of them.

It's important to remember that though new technologies have often inspired moral panic, they bend to social and economic will. Cultural critics of the 1700s thought that books were uncontrollable escapist temptations that would cause people to retreat from public life. And, in the 1800s, the telegraph inspired fears that the use of abbreviations to reduce the costs of messages would ruin the nuance of language.

Similarly, contemporary critics have called smartphones, "toxic," "addicting," "sleep depriving," and "empathy killing." This concern is hardly surprising, given just how much we engage with our phones -- approximately 80 times a day. But while we reach for our phones quite frequently, most of those interactions are brief exchanges.

Indeed, we are most likely to reach for our mobile devices in our in-between moments -- while waiting, commuting or taking a break.

Remove the technology from the equation and ask yourself how often you have clicked a pen, fidgeted with scrapes of paper, doodled, read a newspaper or magazine, or daydreamed before the arrival of cellphones, and suddenly those numbers are not quite as ominous.

Our phones provide a greater range of on-demand entertainment and communication opportunities than previous public diversions. Research shows that instead of making us more isolated in public space, mobile devices actually make us more likely to linger and socialize.

Our phones are a valuable resource for facilitating conversation and are more likely to function as a social stimulator than as an escape from those around you.

Let's take commuting, as an example. Posted "codes of conduct" and respect for privacy have long made plane, train and bus trips solitary and isolating experiences. But, recently, I conducted a study of mass transit riders and discovered that their commute had become a key moment for socializing via their mobile devices. Over 70% of the commuters surveyed reported using their smartphones to check in with friends and family via text message and social media platforms.

In other words, mobile devices transform the commute into a much-needed opportunity for social connection and creativity, thanks to digital tool kits like GIF databases, emoji keyboards, Snapchat filters, sharable content and even discreet flirtation apps designed to digitally catch the eye of a fellow rider.

In addition to the commute, I studied mobile device use at the workplace and found that co-workers enjoyed on-demand streaming platforms and YouTube "media snacks" in ways that were more meaningful and customizable than the breakroom television. Employees took their breaks together without concern for the broadcast schedule.

Instead, they gathered together around a mobile phone and accessed on-demand content that they all enjoyed as a reward for completing a task.

And employees also used their mobile devices as a quick reference tool when they were discussing popular culture around the watercooler. Out-of-the-loop colleagues were able to join the conversation thanks to a text-messaged link that provided an example of the topic under discussion.

Like the commute and the break room, waiting rooms are public spaces that mobile phones have transformed. Waiting rooms have long been a reminder of social hierarchies, as those with money and power rarely wait. The rest of us can assert the value of our time through the use of mobile games. Mobile games (or casual games) are simplistic, consisting of repetitive actions performed over time in small increments without end. People can earn incredible scores, achievements, and even virtual cities in their downtime

Communities have developed that celebrate the achievements within mobile games, and special rewards are given for the creativity they display. In these communities, the games become the shared culture that bring people together and keep them socializing online for years.

But the benefits of mobile devices extend far beyond commutes, offices and waiting areas -- they apply to living rooms, too.

Typically, the person who controlled the remote dictated the evening's entertainment. Mobile screens provide options for those who are forbidden from touching the remote and may just keep the family all in the same room. Mobile devices also multiply the entertainment options and even offer mobile apps that act as competing remotes to stealthily change the channel at commercial breaks.

Mobile phone users are not the only ones capitalizing on these in-between moments, though.

Technology companies and entertainment studios have created a "procrastination economy" designed to monetize this downtime. I developed this term to describe the mobile apps, streaming video content and software designs that target consumer's in-between moments spent on mobile devices.

We need to pay attention to the design of algorithms, subscriptions services and micropayment structures that attempt to channel our mobile device use into transactions, because mobile devices have made our in-between moments as valuable to brands and advertisers as they have to harried multitaskers.

For our children, mobile phone etiquette and awareness of the procrastination economy should be taught by parents, educators and mentors in the same ways we teach social graces, civics and professionalism. I'm inspired by research that calls for us to emphasize the opportunities these technologies offer instead of reverting to the same tired finger-wagging.

And there is already positive momentum in this direction. Technology companies and regulators are beginning to think about the design of software ethically and to develop guidelines that make networked communication productive instead of predatory. These conversations and adjustments are familiar as they accompany all new technologies.

Discussion and debate about the "proper" way to use mobile phones is important, but reasonable conversation about the technology must account for context. Doing so will alert us to the fact that mobile devices have made our downtime the new prime time.