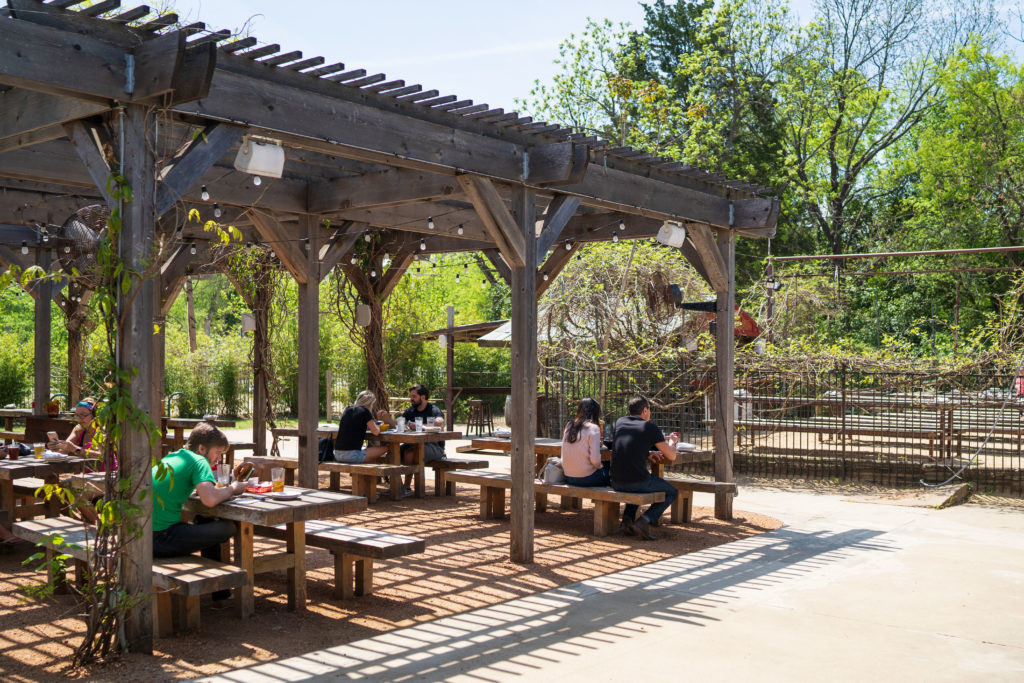 An office's atmosphere and culture are becoming major selling points for workers, as companies pay more attention to what's being incorporated into the design and layout of their work areas.

"We are seeing a big shift between designing what used to be workspaces that were designed for efficiency, and now it's a focus on how design can create a great workspace by elevating creativity and innovation," said Janet Pogue, principal and work sector leader at Gensler, a design and architecture firm. "Companies are putting the focus back on people."

That means cubicles and more defined work areas are going away and being replaced with open spaces, more vegetation and easy access to the outdoors.

Amazon took this concept to the extreme with The Spheres, which recently opened at its Seattle headquarters.

The space, which is open to all Amazon (AMZN) employees, provides a direct link to nature, the company said, featuring river and waterfall features, more than 40,000 plants, paludariums and epiphytic trees. Workers can even hold meetings in a tree house.

When company leaders started thinking about expanding its office space, they realized that its urban headquarters was missing a connection with nature, and hired architectural firm NBBJ to design the project.

"We know there are tons of studies out there that talk about how people react and feel when they are among greenery and in nature," said John Schoettler, senior manager of global property management at Amazon. "We thought about how we could bring that to today's workplace. It's a place for people to have the chance to meet to think and refresh and work and collaborate among nature with coworkers."

Innovative workspaces among tech companies and startups are nothing new, but the idea of incorporating more nature and open spaces is happening in the traditionally more "stuffy" corporate world as well.

Financial companies, law firms and other types of businesses are redefining their workspaces and getting rid of the long-hailed corner offices.

"They are trying to attract and retain the same employees that are working at Facebook, LinkedIn and Google," said said Tom Polucci, director of interiors based in HOK's New York office. "They are finding they if they don't design their space in a different way they won't be able to attract talent."

But companies don't have to go to the extremes of building an indoor rainforest.

"There is a huge trend to activate all the rooftops," she said. "They are adding wonderful rooftop amenities to pre-existing buildings."

At the new Polsinelli law offices in Denver, architectural firm HOK incorporated different types of wood to mimic the forest and along with various shades of green, yellow and blue found in nature. The offices also have a 1,250-square-foot rooftop terrace.

The terrace has been good for recruitment, according to Jennifer Evans, office managing partner. She takes potential hires to the space to help emphasize that the office likes to collaborate. "It's a nice change of space from the regular workspace when you need some uninterrupted time to concentrate and get work done," she said.

The headquarters for Dairy Farmers of America opened last year in Kansas City and offers employees outdoor conference rooms. The headquarters also embraces the idea of more open space for collaboration: Its previous headquarters had 175 private offices. The new space has 10.

"You didn't even see people in the old office. Now you are able to see teams interact," said Kim O'Brien, a spokesperson for Dairy Farmers of America. "It's been transformational for the culture as well as for collaboration and innovative thinking. You see people meeting in the new places, and there is a sense of productivity."